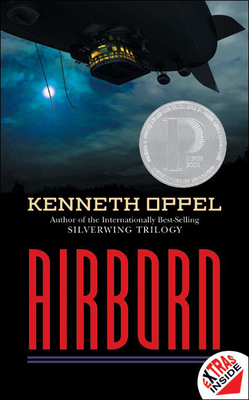 In a swashbuckling adventure reminiscent of Jules Verne and Robert Louis Stevenson, Kenneth Oppel, author of the best-selling "Silverwing" trilogy, creates an imagined world in which the air is populated by transcontinental voyagers, pirates, and beings never before dreamed of by the humans who sail the skies.