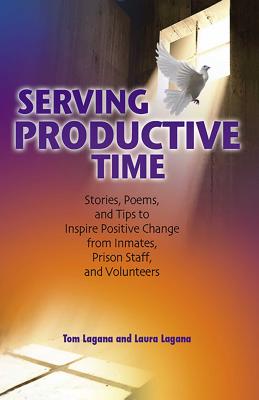 With their books Chicken Soup for the Prisoner's Soul and Chicken Soup for the Volunteer's Soul, Tom and Laura Lagana have shown readers how to make positive use of their time—whether they are serving others or serving time. In Serving Productive Time they go one step further, using powerful stories, poems, and cartoons created by inmates and others to address the realities of penal existence. They build on these voices of experience with essays and advice that show inmates how to truly make their time count, and give meaning to their lives right now, while making amends for their crimes and working toward release.

Tom Lagana is the coauthors of Chicken Soup for the Prisoner's Soul), a prestenter and facilitator for clients on both sides of the razor wire. Laura Lagana is an author, professional speaker, nurse, and volunteer. She is a coauthor of Chicken Soup for the Volunteer's Soul, Serving Time, Serving Others, The Quick and Easy Guide to Project Management, author/editor of Touched by Angels of Mercy, and a frequent Chicken Soup for the Soul contributing author. Laura made a transition from a career in nursing to that of writing and speaking, where she savors the opportunity to follow her lifelong passion as she combines the best of all three worlds.
Loading...
or support indie stores by buying on