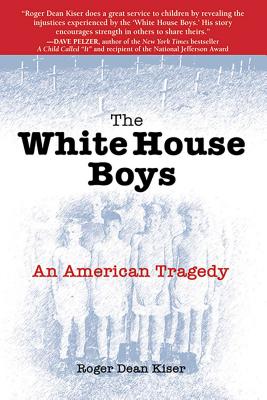 Hidden far from sight, deep in the thick underbrush of the North Florida woods are the ghostly graves of more than thirty unidentified bodies, some of which are thought to be children who were beaten to death at the old Florida Industrial School for Boys at Marianna. It is suspected that many more bodies will be found in the fields and swamplands surrounding the institution. Investigations into the unmarked graves have compelled many grown men to come forward and share their stories of the abuses they endured and the atrocities they witnessed in the 1950s and 1960s at the institution.
The White House Boys: An American Tragedy is the true story of the horrors recalled by Roger Dean Kiser, one of the boys incarcerated at the facility in the late fifties for the crime of being a confused, unwanted, and wayward child. In a style reminiscent of the works of Mark Twain, Kiser recollects the horrifying verbal, sexual, and physical abuse he and other innocent young boys endured at the hands of their "caretakers." Questions remain unanswered and theories abound, but Roger and the other 'White House Boys' are determined to learn the truth and see justice served.

Roger Dean Kiser is a Chicken Soup for the Soul contributor and respected author whose stories take you into the heart of a child abandoned by his family and abused by the system responsible for his care. Through his stories, he relives the sadness and cruelty of growing up as an orphan in the early 1950s. Today, he lives in Brunswick, Georgia, with his wife, Judy.
Loading...
or
Not Currently Available for Direct Purchase