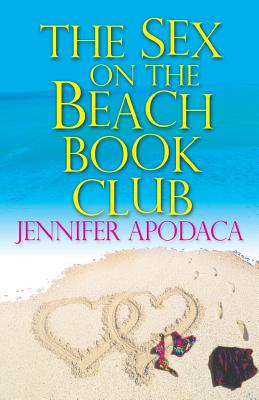 The Sex on the Beach Book Club

She's a sharp-tongued, rebel P.I. who eats idiots for breakfast. He's a sexy bookstore owner who may or may not be a womanizing killer. Then again, nobody's perfect. . .
Holly Hillbay is a kick-ass rule breaker with an 80's jacket-sized chip on her sexy shoulder. Want a piece of her? Get in line, pal. What Holly loves most is her job as a P.I. Bringing in pond scum who cheat on their wives makes her day. Like this guy, Wes Brockman, owner of Books on the Beach. Apparently, he's slipping between the covers with another man's wife. Joining Wes's cozy book club is the perfect way to get close to him and expose him for the lying, cheating, pseudo-intellectual creep that he is. He probably wears a turtleneck and a beret. Or not. . .
Problem numero uno: Wes Brockman is one seriously sexy hunk of man who fires up Holly's dormant libido faster than she can say, "I'll take this in hardcover." The guy should come in a home game version. Plus, he's made it clear that Holly's in-your-face attitude is a total turn on. Gulp. Holly doesn't think Wes is having an affair--not yet, at least (note to self: bikini wax. . .)--but she's pretty sure the mysterious, dangerous vibe he gives off is no act. He's hiding something, and she intends to find out exactly what it is. . .especially when one of the book club members is found dead in the store's meeting room.
Now, with a page opened to secret identities, blackmail, betrayal, murder, and sex on the beach (the drink) and, well, sex on the beach (not the drink), Holly's into a case that is anything but by-the-book and one that's riskier, hotter, and more delicious than she ever dreamed possible. . .