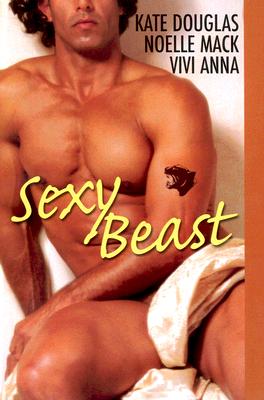 Some men are more than meets the eye. . .much, much more. And when they unleash a woman's wildest desires--her deepest, animal hunger--the results are primal, magical, and undeniably hot. . .

Xandi, Keisha, Stefan and Anton share a powerful secret: they are shapeshifters whose primal power and heightened senses bring an added ecstasy to their lovemaking that is beyond all words. Now, one of their own is threatened by a danger from the outside, from one determined to expose their sexy secrets, and the friends will go to any lengths to save her and their clan. . .

Night Of The Jaguar Vivi Anna

When Myra Galas finally takes her dream trip to the Amazon, she never imagines it will end in tragedy. Wounded and alone, Myra's mind is stalked by a dark, sexy male--sometimes man, sometimes jaguar--she inexplicably craves with every inch of her body. When she wakes to find herself in his powerful arms, he stirs something deep inside her--an ancient, hedonistic desire clawing to be set free. . .

Open yourself to pleasure and indulge the beast within. . .
or
Not Currently Available for Direct Purchase
Copyright © 2020 American Booksellers Association