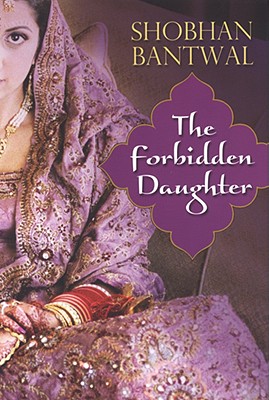 Set in the sensual richness of India, Shobhan Bantwal's gripping new novel asks: Where can a woman turn when her life's greatest blessing is seen as a curse? It's a girl For most young couples, news of their unborn child's gender brings joyful anticipation. Not so for Isha Tilak and her husband, Nikhil. They already have a beloved daughter, but Nikhil's parents, hard-wired to favor male children above all, coldly reject little Priya at every turn. Vain and selfish, they see female grandchildren as burdens, and would just as soon never meet the one growing in Isha's belly. Even the obstetrician agrees, going so far as to suggest the unthinkable, throwing Nikhil into a rage--and changing Isha's life forever. . . When Nikhil is discovered brutally murdered, Isha is convinced it had something to do with his reaction to the doctor's hideous "solution" to their problem. Alone, grief-stricken, and relentlessly oppressed by in-laws who believe her baby is a bad omen, Isha sets out on her own. Born into a privileged class, Isha doesn't know the first thing about fending for herself, but to protect her precious daughters, she will learn. And she will cling to the hope given to her by a strange old mystic: that her baby will arrive on the auspicious night of Kojagari Purnima, the full harvest moon, and be a gift from Lakshmi, the goddess of well-being. Isha and her girls will need all the blessings they can get, for the greatest danger of all lies ahead. . . Praise for Shobhan Bantwal and The Dowry Bride "Splendidly depicts passion, brutality, and cultures in conflict." --Dorothy Garlock "Vivid, rich. . .expertly portrays a young woman caught between love and duty, hope and despair." --Anjali Banerjee.

Shobhan Bantwal was born and raised in India and came to the United States as a young bride in an arranged marriage. She has published short fiction in literary magazines and articles in a number of publications. Writing plays in her mother tongue (the Indian language of Konkani) and performing onstage at Indian American conventions are some of her hobbies. She lives in New Jersey with her husband. Shobhan loves to hear from her readers.
or
Buy Here
Copyright © 2020 American Booksellers Association