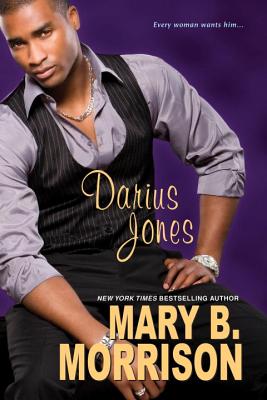 New York Times bestselling author Mary B. Morrison links two beloved series in a riveting tale of envy and seduction that has basketball star Darius Jones up against a woman who takes being a fan to the next level.

Darius Jones is living the good life. He's got a chance to become the league's most valuable player, he's crazy in love with his wife, and his relationship with his mom has never been better.

But Darius also has a stalker who's determined to be the number one woman in his life. And no matter where he goes, she's there . . . scheming to kill his wife, Fancy; charming his manager and mother, Jada; manipulating his son's mother, Ashlee; and worst of all, dragging new mother Honey Thomas into the mix with one of the most heartless schemes ever. With his life quickly unraveling, Darius must gamble all he's worked for to save his wife, reclaim his son, and stop a madwoman from ruining the lives of everyone around him . . .

"There's a flood of backstabbing, drama, and felonies. . .. not a dull moment in this shamelessly flamboyant romp that Morrison's many fans are sure to devour."—Publishers Weekly

New York Times bestselling author Mary B. Morrison believes that women must shape their own destiny. Born in Aurora, IL, and raised in New Orleans, LA, she took a chance and quit her near six-figure government job to self-publish her first book, Soulmates Dissipate, in 2000 and begin her literary career. Mary is the originating founder of Healing Her Hurt, a nonprofit that helps women recover from abuse. In 2006 she sponsored the publication of an anthology written by 33 sixth-graders. In 2010 and 2014, Mary produced a play based on her novel, Single Husbands, which she wrote under her pseudonym, HoneyB. Her wonderful son, Jesse Byrd, Jr., is the owner of Oiseau.co, lives in Dubai, and is writing novels for young adults. Mary currently resides in Atlanta, Georgia. Visit Mary HoneyB Morrison on Facebook @therealmaryb, Twitter @marybmorrison, Instagram @maryhoneybmorrison, and at MaryMorrison.com.
Loading...
or support indie stores by buying on