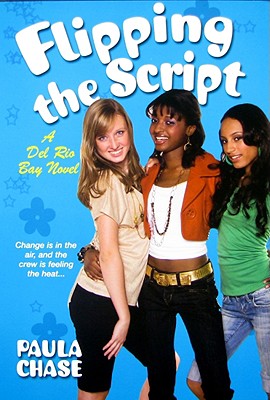 It's junior year at Del Rio Bay High, and from near and far, the guys are taking center stage. . .
Now that Mina's boyfriend Brian is off to Duke University, life in Del Rio Bay is lonely. And Brian's busy schedule as a Duke baller isn't helping. As the season heats up and the phone calls get fewer, Mina's insecurity increases--and so does Brian's impatience with it. But he's not the only guy in the clique dealing with craziness.
Michael's passion for fashion has led to a chance to attend a special creative arts program in D.C. He knows he should jump on it, but leaving home is harder than he thought. He turns to his dancer friend Rob for support, but Rob's presence around the clique triggers star athlete JZ's feelings of homophobia. As JZ's discomfort simmers, his feelings get the best of him when he finds himself seriously attracted to Jacinta--and discovers she's on a different page.
With relationships in the balance and friendships at risk, "Flipping the Script" challenges the guys to step up when the stakes are high.