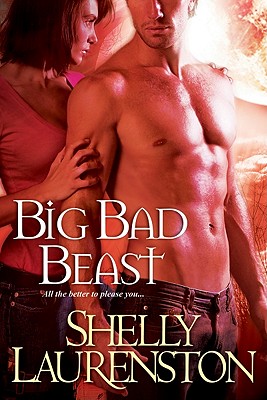 Seeing is deceiving. And Ric Van Holtz, the wolfishly sexy hero of Shelly Laurenston’s sizzling, wildly entertaining new tale, is nothing you expect—and everything you want…

When it comes to following her instincts, former Marine Dee-Ann Smith never holds back. And this deadly member of a shifter protection group will do anything to prove one of her own kind is having hybrids captured for dogfights. Trouble is, her too-cute rich-boy boss Ric Van Holtz insists on helping out. And his crazy-like-a-fox smarts and charming persistence are making it real hard for Dee to keep her heart safe….

Ric can’t believe his luck. He’s wanted this fiercely independent she-wolf from day one, but he never expected teamwork as explosive as this. And now is his last chance to show Dee what she needs isn’t some in-your-face Alpha male—but a wily, resourceful wolf who’ll always have her back in a fight…and between the sheets.

Originally from Long Island, New York Times bestselling author Shelly Laurenston has resigned herself to West Coast living, which involves healthy food, mostly sunny days, and lots of guys not wearing shirts when they really should. Shelly is also the New York Times bestselling author G.A. Aiken, creator of the Dragon Kin series. For more info about Shelly's books go to www.shellylaurenston.com. Or to check out G.A.'s dangerously and arrogantly sexy dragons go to www.gaaiken.com.
Loading...
or support indie stores by buying on