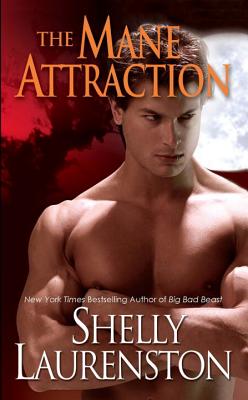 The Mane Attraction (The Pride Series #3)

Even the king of the beasts can find himself unexpectedly tamed by the right woman. . .

Weddings have the strangest effect on people. Exhibit 1: Sissy Mae waking up in Mitch Shaw's bed the morning after her brother Bobby Ray's nuptials. Exhibit 2: the gunmen trying to kill Mitch. Exhibit 3: Sissy Mae escorting a bleeding yet sexy lion shifter to her Tennessee Pack's turf for safe keeping. It doesn't help that Mitch's appraising gaze makes her feel like the most desirable creature on earth. . .

Mitch is an undercover cop about to testify against some dangerous ex-associates. Even more worrisome, he's harboring hot, X-rated fantasies about one fast-talking little canine--and he has to deal with every male in Sissy Mae's Pack sniffing around her in a way that makes his hackles rise. Mitch has his pride, and he intends to show Sissy Mae that when a lion sets out to make you his mate, the only thing to do is purr, roll over, and enjoy one hell of a ride. . .

"Laurenston's latest couple is unabashedly sexual, which makes their emotional battle of wills all the more enjoyable." --Romantic Times

Shelly Laurenston is the New York Times and USA Today bestselling author of the Pride, Call of Crows, and The Honey Badger Chronicles, as well as winner of the RT Book Reviews Readers' Choice Award for her 2016 novel, The Undoing. When she’s not writing about sexy wolf, honey badger, lion, and other fang-filled predators, she's writing about sexy dragons as G.A. Aiken, the acclaimed and bestselling author of the Dragon Kin series. Originally from Long Island, she now lives on the West Coast and spends most of her time writing and making sure her rescued Pit bull doesn’t love everyone into a coma.  Please visit her online at www.ShellyLaurenston.com.
Loading...
or
Not Currently Available for Direct Purchase