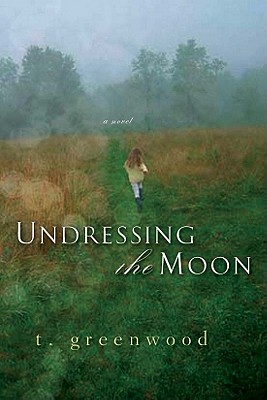 Dark and compassionate, graceful yet raw, Undressing the Moon explores the seams between childhood and adulthood, between love and loss. . . At thirty, Piper Kincaid feels too young to be dying. Cancer has eaten away her strength; she'd be alone but for a childhood friend who's come home by chance. Yet with all the questions of her future before her, she's adrift in the past, remembering the fateful summer she turned fourteen and her life changed forever. Her nervous father's job search seemed stalled for good, as he hung around the house watching her mother's every move. What he and Piper had both dreaded at last came to pass: Her restless, artistic mother, who smelled of lilacs and showed Piper beauty, finally left. With no one to rely on, Piper struggled to hold on to what was important. She had a brother who loved her and a teacher enthralled with her potential. But her mother's absence, her father's distance, and a volatile secret threatened her delicate balance. Now Piper is once again left with the jagged pieces of a shattered life. If she is ever going to put herself back together, she'll have to begin with the summer that broke them all. . . "Undressing the Moon beautifully elucidates the human capacity to maintain grace under unrelenting fire." --Los Angeles Times

T. Greenwood is the author of eleven critically acclaimed novels. She has received numerous grants for her writing, including a National Endowment for the Arts Literature Fellowship and a grant from the Maryland State Arts Council. She lives with her family in San Diego, California, where she teaches creative writing, studies photography, and continues to write. Her website is www.tgreenwood.com.

Early in Undressing the Moon, Piper calls herself “a thirty year old girl.”  What caused her to see herself that way?  Did she ever become a woman?

Piper’s mother left when Piper was fourteen years old, but in a way, so did her father.  Do you think she was affected more or less by his absence than her mother’s?  Discuss Piper’s relationship with her father before and after her mother left as well as in the present.

Discuss Piper’s relationships with all of the men in her life: her father, Quinn, Mr. Hammer, Blue Henderson, Jake.  How has each of them shaped her as a woman, sexually, physically, and emotionally?  Are any or all of them the reason she’s single now?

In a sense, Piper’s mother didn’t fully leave; she remained attached with phone calls and gifts.  Do you think that made it harder for Piper to deal with her abandonment?  Would it have been different if her mother completely disappeared from her life?

Piper’s mother and father also walked out on Quinn.  Talk about how he handled the situation, the role he played as a guardian to Piper, and how his new responsibilities affected his school, work, and skiing.

Aunt Boo knew where Piper’s mother went but wouldn’t share that information.  Do you feel that was fair to Piper?  Considering what she knew, what role did Boo play in Piper’s upbringing?  Was she more of a substitute mother or an accomplice?  How do you think she felt about her position?  How did Piper feel about it?

How does Piper cope with her breast cancer?  Do you think it’s a healthy way to handle her illness?  Do you agree with Becca when she says that Piper isn’t trying to stay alive anymore?  Why?

Piper relies on Becca for emotional strength throughout the novel, both as a teenager and as an adult.  How would she have gotten through both periods of her life without Becca?  What does Becca give up by helping Piper?  What does she gain?

The image of glass—broken glass and the stained glass Piper’s mother creates—is prevalent in Undressing the Moon.  What does it represent, beyond the shattering of Piper’s life?  How does it relate to her current situation?  Are there other images that resonate with you?  If so, which ones and why?

Colors are also important in the novel.  Do any in particular stand out to you as being especially strong?  How do you feel about Piper’s mother describing her voice as “holiday”?

Discuss the use of music in the novel as well.

Why do you think Piper blamed Mr. Hammer when Jake was the one who really raped her?  In the end, was telling Quinn the truth atonement enough for that lie?  Talk about Piper’s breast cancer as a symbol or manifestation of the guilt she’s carried.

What is the significance of the widow for whom Piper is making a wedding dress?  What does Piper learn from her?

Why do you think Piper didn’t ultimately go looking for her mother once she found out where she lived?  Would you have sought her out if you were in that position?  Should Piper have let her back into her life when she attempted to make contact?

What do you think happens to Piper after the book ends?