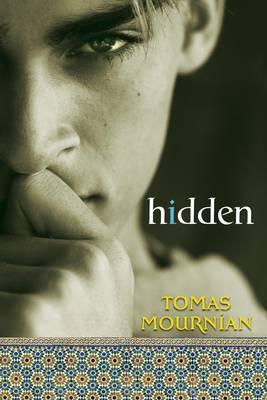 When Ahmed's parents send him to a residential treatment center known as Serenity Ridge, it's with one goal: to "fix" their son, at any cost. But eleven months of abuse and overmedication leave him desperate to escape. And when the opportunity comes, Ahmed runs away to San Francisco.
There, he moves into a secret safe house shared by a group of teens. Until they become independent at eighteen, the housemates hide away from authorities, bound by rules that both protect and frustrate. Ahmed, now known as Ben, tries to adjust to a life lived in impossibly close quarters with people he barely knows, all of whom guard secrets of their own. But even if they succeed in keeping the world at bay, there's no hiding from each other or from themselves. And there's no avoiding the conflicts, crushes, loneliness, and desire that could shatter their fragile, complicated sanctuary at any moment. . .
"This fresh and original novel defies easy labels. It's knowing yet vulnerable, observant yet naive--a wholly unique and compelling read." --Rachel Cohn, "New York Times" bestselling author
Tomas Mournian attended U.C. Berkeley. A freelance journalist, he's written articles for The San Francisco Bay Guardian, Los Angeles Magazine, OUT, In Style and Marie Claire. His investigation journalism ("Hiding Out," "Anywhere But There," and "Girls Sent to Institutions") has been recognized with awards from the Peninsula Press Club, East Bay Press Club and NCCD Pass awards, with nominations by the GLAAD Media Awards and Pulitzer. Writing under a pseudonym, his plays have been produced internationally. He held the Eli Cantor Chair at The Corporation of Yaddo and lives in Los Angeles.