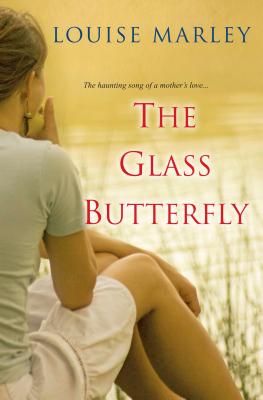 In The Glass Butterfly, Louise Marley winds together a tale of subtle danger lurking in the past and a mother's sacrifice for her son's future. . ..
A new life. A new name. A complete break with the past. It's the only way therapist Victoria Lake can think to protect her son--and herself--from a case turned deadly. She and Jack have barely spoken since he's gone to college. As painful as it is, it's better that he think she's dead than let her enemies suspect that she's not.
Jack could never stand his mother's insistence that sometimes intuition told her things facts couldn't. But he has a strange feeling that she's alive, despite the meticulous police investigation and the somber funeral. Of course, Jack is reconsidering several things his mother said, now that she's gone.
To survive, Victoria knows she has to reinvent herself completely. She can't even listen to her beloved Puccini. But without the music in her ears, eerie dreams invade her sleep. Lush with the sounds and sights of 19th-century Tuscany, they're also loaded with a very real warning she can't afford to ignore. . .
Praise for Louise Marley and her novels
"Will keep readers with a love for books like Audrey Niffenegger's "The Time Traveler's Wife" and A.S. Byatt's "Possession on the edge of their seats." --"RT Book Reviews," 4 1/2 Stars on "The Brahms Deception"
"Eerie, beautiful. . .has a poetic, haunting sense of time and place." --Stephanie Cowell on "Mozart's Blood.

Lousie Marley, a performer of classical music, is the author of several novels including The Terrorists of Irustan and The Glass Harmonica, which was the co-winner (with Ursula LeGuin s Tales from Earthsea) of the 2001 Endeavor Award for Outstanding Achievement in Science Fiction or Fantasy. She lives in Redmond, Washington with her husband and son."
Loading...
or
Not Currently Available for Direct Purchase