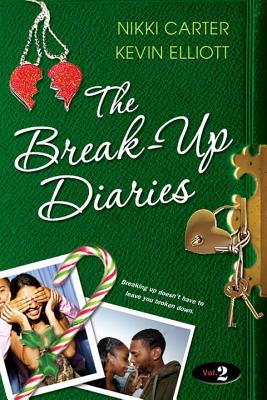 The holidays are coming, and this year there's more in the air than gifts and bling 'cause these relationships are hitting bumps. So get ready for two stories that dish on what it means to forgive, forget, and move on. . .

So Over It Nikki Carter

It may be winter, but there's nothing colder than getting dumped on Facebook! That's exactly how Zoey discovers her boyfriend, Mario, is now with Dorie, the most popular girl in school--or so he thinks. ‘Cause Dorie has other plans. And when Mario comes crawling back into Zoey's forgiving arms, her BFFs decide it's time to prove he's a dog, and show Zoey that she deserves better. . .

Zori Neal is torn between two very different guys: DeMarco, a cool thug from the 'hood whose swagger excites her, and Jay, a smart, cool athlete from a good family. All Zori knows is that she's looking for fun, not a husband. So she decides to date both guys. But when DeMarco gets in some very serious trouble with the law, Zori realizes there's a price to pay for swagger--and her choices matter a lot more than she thought. . .

Nikki Carter has been a book-lover since she was in elementary school. Her favorite stories are fun, fresh, and full of drama. When she's not writing, Nikki enjoys reading, shopping, and hanging out by the pool. Nikki lives and loves in Dallas, Texas.

Kevin Elliott wrote his first novel, Entangled, in 2003, and turned down several signing deals in order to found Urban Lifestyle Press, his own publishing company. Since then he has written dozens more books, earned a spot on Essence magazine bestseller list, and coauthored a book with rap superstar 50 Cent, The Ski Mask Way.
or
Not Currently Available for Direct Purchase
Copyright © 2020 American Booksellers Association