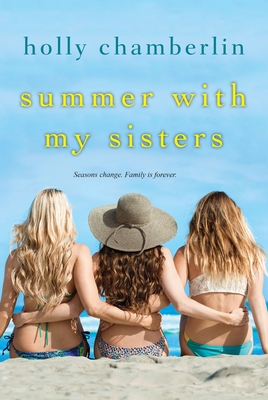 Summer with My Sisters

When Poppy Higgins left Yorktide, Maine, for Boston, she pictured future visits home as brief diversions from her real life in the big city. Fate had different ideas, and at twenty-five, Poppy has been called back to care for her two younger sisters following their father’s death.

Sixteen-year-old Daisy resents Poppy’s long absence and chafes under her sometimes fumbling efforts to be a parent. Violet, now thirteen, is a virtual stranger to her oldest sister. Once a happy, united family, the Higginses seem adrift, and Poppy longs to escape her responsibilities. But when Daisy befriends Evie, an enigmatic newcomer to Yorktide, the young woman will be an unlikely catalyst in the sisters’ journey back to each other. For as Poppy discovers the deep loss in Evie’s life, she awakens to the truth about her own, and about the town, and the people, she’s tried to leave behind.

Filled with the candid warmth of real sisterhood, Summer with My Sisters explores the many forms a family can take, and the unspoken ties that endure, season after season…

Praise For Summer with My Sisters…

Praise for the novels of Holly Chamberlin

"A thoughtful social commentary and tender narration of friendship and loyalty."
—Publishers Weekly on Last Summer

Holly Chamberlin was born and raised in New York City. After earning a Masters degree in English Literature from New York University and working as an editor in the publishing industry for ten years, she moved to Boston, married and became a freelance editor and writer. She and her husband now live in downtown Portland, Maine, in a restored mid-nineteenth century brick townhouse with Betty, the most athletic, beautiful and intelligent cat in the world. Readers can visit her website at:  www.hollychamberlin.com.
Loading...
or
Not Currently Available for Direct Purchase