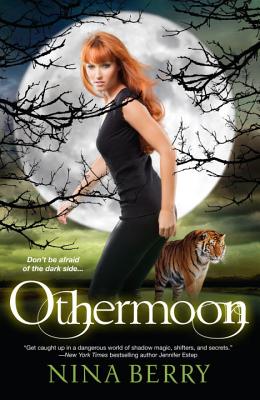 Everyone has secrets. I had no idea mine would lead me into shadow.

Dez has found the place where she belongs. With the otherkin. With Caleb. Or so she thought.

As the barriers between our world and Othersphere fall, a wall rises between Dez and Caleb, leaving her fiercest enemy her only friend.

And maybe something more.

Now Dez must make a devastating choice: keep the love of her life, or save the otherkin from annihilation.

"Be prepared to lose some sleep. Otherkin is full of non-stop action and suspense, and you're not going to be able to put it down!" --Brigid Kemmerer, author of the Elemental Series

Inspired by novels she loved as a teen, she sold her debut YA paranormal novel OTHERKIN to KTeen in 2011. When not writing, Nina loves to travel, read, and tweet links about saving big cats in the wild. She’s a member of the Society of Children’s Book Writers and Illustrators.
Loading...
or support indie stores by buying on