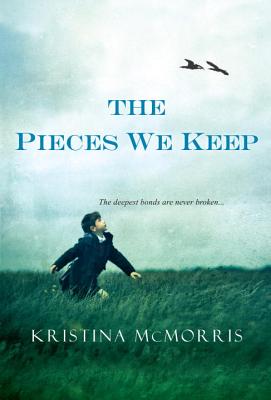 "Gripped me from the first page and didn't let go." --Alyson Richman, bestselling author of The Lost Wife

In this richly emotional novel, Kristina McMorris evokes the depth of a mother's bond with her child, and the power of personal histories to echo through generations. . .

Two years have done little to ease veterinarian Audra Hughes's grief over her husband's untimely death. Eager for a fresh start, Audra plans to leave Portland for a new job in Philadelphia. Her seven-year-old son, Jack, seems apprehensive about flying--but it's just the beginning of an anxiety that grows to consume him.

As Jack's fears continue to surface in recurring and violent nightmares, Audra hardly recognizes the introverted boy he has become. Desperate, she traces snippets of information unearthed in Jack's dreams, leading her to Sean Malloy, a struggling US Army veteran wounded in Afghanistan. Together they unravel a mystery dating back to World War II, and uncover old family secrets that still have the strength to wound--and perhaps, at last, to heal.

Intricate and beautifully written, The Pieces We Keep illuminates those moments when life asks us to reach beyond what we know and embrace what was once unthinkable. Deftly weaving together past and present, herein lies a story that is at once poignant and thought-provoking, and as unpredictable as the human heart.

Advance Praise For The Pieces We Keep

"The past collides with the present in this sensitive and multilayered story where the discovery of long-held family secrets leads to healing. The contemporary twist will be a treat for fans of World War II historical fiction." --Beth Hoffman, New York Times bestselling author of Looking for Me and Saving CeeCee Honeycutt

Praise For Bridge Of Scarlet Leaves

"Readers of World War II fiction will devour Kristina McMorris's Bridge of Scarlet Leaves, a poignant, authentic story of Japanese and American lovers crossed not only by the stars but by the vagaries of war and their own country's prejudices."            --Jenna Blum, New York Times bestselling author of Those Who Save Us

Praise For Letters From Home

"A tender and heartfelt glimpse of a time long past. While wholly original, it's filled with characters as beloved as your own grandparents. Propelled by the epic sweep of world war, yet warmed by intimate human moments, this story will linger in the reader's memory long after the last page is turned."  --Susan Wiggs

While reading The Pieces We Keep, did your interpretation of the title change over the course of the story? Discuss the symbolism of the cover image in the same regard.

What does “faith” mean to you? How did you come to arrive at that conclusion? Has a personal tragedy ever caused you to reexamine and/or alter your core beliefs?

When comparing the novel’s dual timelines, how do the past- and present-day stories parallel? How do they contrast?

Memories—cherished and burdensome, lost and recovered—are major elements of the book. Which memories in your life have played a distinct role in shaping your personality? If given a choice, would you erase any from your mind? How different might you be without them?

Of the various parental relationships in the book, which are the most interesting to you? Do you identify with any of them? How has your view of your own parents, or your relationship with them, developed over time?

Connections between the past and present were interpreted by characters in different ways throughout the story. Early on, what did you perceive as the source of Jack’s issues? Did that change by the book’s end?

Do you believe in the possibility of past lives? In your opinion, does such a theory complement or contradict contemporary religious and/or Christian principles? Did the story reaffirm your existing beliefs or expand your thoughts about what might or might not be possible?

Vivian’s view of love and marriage greatly change by the book’s conclusion. Upon reflection of your life, how has your perspective on these topics developed and why? How did Isaak and Gene both contribute to Vivian’s growth as a person?

Every major character in the book wrestles with grief in some form. Discuss the range of ways in which each person deals with this emotion. Have you or your loved ones ever reacted to loss in a similar manner?

At several points in the novel, Audra questions her skeptical and spiritual beliefs. What is your personal view of coincidence versus fate or predestination?

How do secrets, whether kept or revealed, affect characters in the story? Do you agree with the reasons they were withheld from others? If you have ever concealed a major truth from a loved one, do you now regret it or feel it was justified?

Army Private Ian Downing, whom Vivian encounters at the café, first appeared in Kristina McMorris’s debut novel, Letters from Home. If you were previously familiar with his character, how does his personality differ in The Pieces We Keep?

Audra spends a great deal of time doubting her parental abilities. The petition she reviews with Russ reflects and amplifies what could easily be deemed her shortcomings as a mother. How would you rate your own parenting skills, or that of your parents? What ruling might a stranger make based solely on documented incidents?