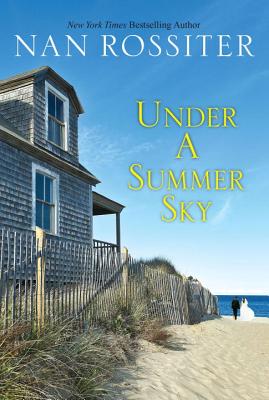 Under a Summer Sky

New York Times bestselling author Nan Rossiter transports readers to Cape Cod with a warm, compelling story of family, new beginnings, and finding the courage to love honestly and well. . . The old Cape Cod house that Laney Coleman shares with her minister husband Noah and their five boys is usually brimming with cheerful chaos. There's nothing fancy about the ancient kitchen or the wooden floors scuffed by the constant parade of activity and the clicking claws of their two Labrador retrievers. It's a place to savor the sea breeze wafting through the windows, or sip coffee on the porch before another hectic day begins. This summer, life promises to be even busier than usual, because Noah's younger brother, Micah, wants to hold his upcoming wedding on their property. Though thrilled that Micah has found happiness after past heartache, Laney is apprehensive about having her home turned upside down. She has other concerns too--her youngest son is being bullied at school, and Noah's father is not the robust patriarch he once was, in mind or body. As the bride and groom's large, close-knit families gather, there will be joyful celebration but also unexpected sorrows and revelations, and a chance to store up a lifetime of memories during the fleeting, precious days of summer. . . Praise for the novels of Nan Rossiter "A gripping story of three sisters, of love lost and found and a family's journey from grief to triumph. A sure winner." --Debbie Macomber, #1 New York Times bestselling author on More Than You Know "Eloquent and surprising. . .I love this story of faith, love, and the lasting bonds of family." --Ann Leary, author of The Good House on The Gin & Chowder Club