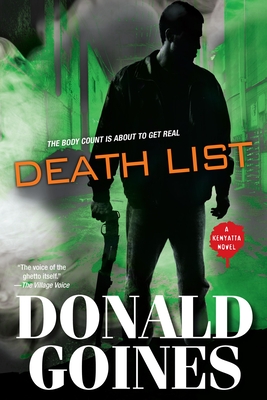 They’re all back for blood: Kenyatta, the ganglord with an army of brothers to deal deadly with crooked cops and dope dealers; Benson and Ryan, a black and white detective team, desperate in their fight to stop the black crime wave. It’s doomsday when Kenyatta joins them in a war against a secret list of drug pushers.

“In his five-year literary career, Donald Goines provided perhaps the most sustained, multifaceted, realistic fiction picture ever created by one author of the lives, choices, and frustrations of the underworld ghetto blacks. Almost single-handedly, Goines established the conventions and the popular momentum for a new fictional genre, which could be called ghetto realism.”  —Greg Goode, University of Rochester