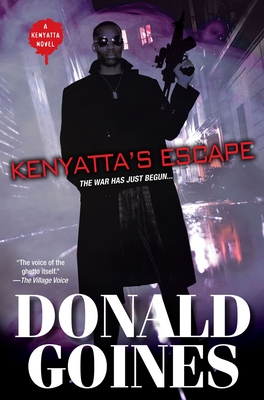 Kenyatta had two ambitions: cleaning the ghetto of all drug traffic and gunning down all the racist white cops. But a black and white detective team, Benson and Ryan, is on his tail and has discovered the location of his army's camp. Armed with tanks, they bring a bloody doomsday to his followers. In Kenyatta's Escape, author Donald Goines continues his story of the bloody, brutal world of crime he began in Crime Partners and Death List. They're all back for a coast-to-coast chase that spells gripping adventure.