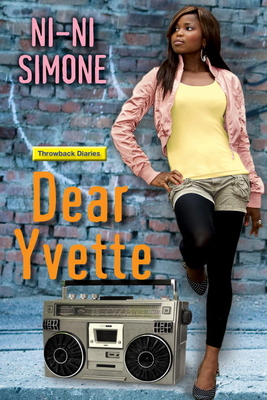 All sixteen year old Yvette Simmons wanted was to disappear. Problem is: she has too many demons for that. Yvette’s life changed forever after a street fight over a boy ended in a second degree murder charge. Forced to start all over again, she’s sentenced to live in a group home far from anything or anyone she’s ever known. She manages to keep her past hidden, until a local cutie, known as Brooklyn, steps in. Slowly, Yvette lets him into her heart and he gives her the summer of her dreams...

But in Yvette’s world things are never as they seem.

Brooklyn has a few secrets of his own and Yvette’s past comes back with a vengeance. Will she face life head-on? Will she return to her old ways? Or will an unexpected letter decide her fate?

“Simone knows how to tell a story…and she can also bring the drama.” —RT Book Reviews

Ni-Ni Simone is a Jersey girl with an obsession for reality TV and celebrity gossip. She never intended to write teen fiction, but her editor and the literary gods had other plans. She whipped up her first novel, Shortie Like Mine, in two weeks, and has been in love with writing ever since. Shortie was the first of Ni-Ni’s books to be selected by YALSA (Young Adult Library Services Association) as a Quick Pick for Reluctant Young Adult Readers, and it’s also a Virginia Readers’ Choice Selection. When she’s not writing, Ni-Ni is soaking up inspiration from music, TV, and most of all, the teens out there hanging tough no matter what comes their way. Ni-Ni lives in North Jersey with her husband and their children. Visit her online at ninisimone.com, on Facebook at NiNiSimoneOfficialFanPage, and follow her on Twitter @IamNiNiSimone.
Loading...
or support indie stores by buying on