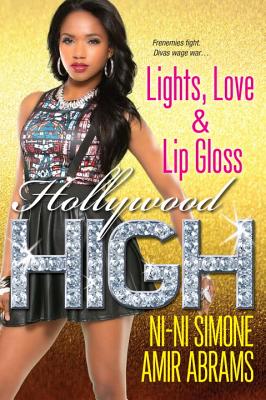 Pretty little lies gone viral have left Hollywood High's elite Pampered Princesses reeling. Now their secrets are in 24/7 overdrive--and only one diva can be victorious. . . Finally, London Phillips is defying her domineering mother and taking control of her life. But she's striking back with a weapon that could destroy her future--and her last chance at real love. . . Two too many cuties have left Rich Montgomery desperate for the perfect cover-up--but when her house of lies comes tumbling down, things get pretty twisted and her fate is left in the hands of her most vengeful frenemy. . . Heather Cummings is more successful than ever thanks to an amazing comeback--and the ultimate Hollywood betrayal. But old habits die hard and threaten to turn her glittering success to sparkling ash. . . There's no one better than Spencer Ellington when it comes to revenge. But stopping her inheritance-stealing mother and saving her crown turns into an all-access media battle. Now Hollywood High's in-crowd is poised for oh-so-sweet payback . . . "The girls and the secondary characters of Hollywood High are never shy of drama." --APOOO Book Club

Ni-Ni Simone is a Jersey girl with an obsession for reality TV and celebrity gossip. She never intended to write teen fiction, but her editor and the literary gods had other plans. She whipped up her first novel, Shortie Like Mine, in two weeks, and has been in love with writing ever since. Shortie was the first of Ni-Ni's books to be selected by YALSA (Young Adult Library Services Association) as a Quick Pick for Reluctant Young Adult Readers, and it's also a Virginia Readers' Choice Selection. When she's not writing, Ni-Ni is soaking up inspiration from music, TV, and most of all, the teens out there hanging tough no matter what comes their way. Ni-Ni lives in North Jersey with her husband and their children. Visit her online at ninisimone.com, on Facebook @ NiNiSimoneOfficialFanPage, and follow her on Twitter @IamNiNiSimone. Amir Abrams is a regular dude with a dream. Born in Brooklyn, Amir has a thing for fresh kicks, fly whips, and all things Polo. For Amir, writing teen fiction was never something he imagined himself doing until he started working with Ni-Ni Simone on the Hollywood High series. In addition to the Hollywood High series, he also penned Crazy Love, The Girl of His Dreams, Caught Up, and Diva Rules. You can hit him up at amir_abrams@yahoo.com, on Facebook at itsyaboyamir, or follow him on Twitter @ItsyaboyAmir.
or
Not Currently Available for Direct Purchase
Copyright © 2020 American Booksellers Association