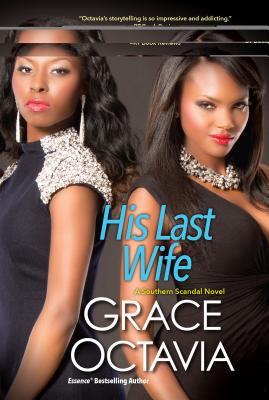 "Octavia's storytelling is so impressive and addicting." --RT Book Reviews

Since the night Atlanta mayor, self-made millionaire, and womanizer Jamison Jackson plummeted from the top floor of a downtown hotel, everyone seems to have profited, from vicious criminals to corrupt politicians. Everyone except his jilted first wife, Kerry. Once a socialite, she's now the prime suspect in Jamison's alleged murder. But she swears she's no killer--and surprisingly, Jamison's widow, Val, agrees. For all they know, it was Coreen, the mother of Jamison's secret love child. After years of extortion, Coreen's cash flow has come to an end. The reality is, Jamison had a murky past and a legion of enemies old and new who will do whatever it takes to cover up the truth--and it's even more scandalous, unexpected, and filled with secrets than anyone suspects. . .

"His Third Wife kicks off with a murder and a mystery. And if that's not enough to hook you, there's also sex, politics, shady characters and plenty of 'mama drama' to be had. A must-read!" --RT Book Reviews

Grace Octavia is the author of unforgettable novels that deal with the trials and tribulations of love, friendship, and what it means to be true to yourself. Her second novel, His First Wife, graced the Essence® bestseller list and also won the Best African-American Fiction Award from RT Book Reviews. A native of Westbury, NY, she now resides in Atlanta, GA, where there is never any shortage of material on heartache and scandal. Grace earned a doctorate in English, Creative Writing at Georgia State University in Atlanta and currently teaches at Spelman College. Visit her online at www.graceoctavia.com or follow her on Twitter @GraceOctavia2.
Loading...
or support indie stores by buying on