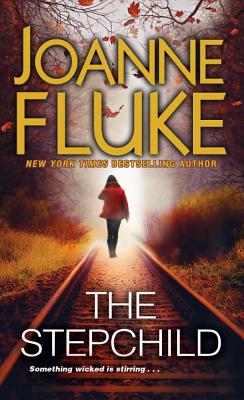 Kathi Ellison is an English literature major at the University of California in Berkeley, living with her boyfriend off-campus. She is also the daughter of a candidate for the U.S. Senate and his wife, a role that could affect her life should her father win the election.

But before she can consider her future, Kathi must first come to terms with her past. A car accident when she was four-years-old killed her mother and left her in a coma for several days. The migraines and nightmares that plagued her as a child have recently returned with a vengeance, leaving her mind full of visions that feel more like memories.

Memories that are not her own. Memories of a frightened and traumatized child named Sheri Walker. Memories linked to her mother’s death that her stepmother doesn’t want her to remember . . .

JOANNE FLUKE is the New York Times bestselling author of the Hannah Swensen mysteries, which include Banana Cream Pie Murder, Wedding Cake Murder, Double Fudge Brownie Murder, and the book that started it all, Chocolate Chip Cookie Murder. That first installment in the series premiered as Murder, She Baked:  A Chocolate Chip Cookie Mystery on the Hallmark Movies & Mysteries Channel. Like Hannah Swensen, Joanne Fluke was born and raised in a small town in rural Minnesota, but now lives in Southern California. Please visit her online at www.JoanneFluke.com.
Loading...
or
Not Currently Available for Direct Purchase