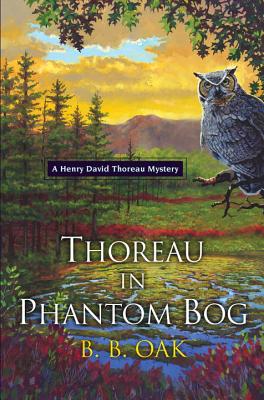 In the spring of 1848, Thoreau returns to Plumford, Massachusetts, in search of a fellow conductor on the Underground Railroad, who has gone missing along with the escaped female slave he was assigned to transport. With the help of his good friend, Dr. Adam Walker, Thoreau finds the conductor—shot to death on a back road.

When the two men discover that Adam’s beloved cousin Julia has given the slave safe harbor, their relief is counterbalanced by concern for Julia, who has put herself in grave danger. Another conductor has been murdered in a neighboring town and a letter has been found from someone claiming to have been hired to assassinate anyone harboring fugitive slaves. With all of them now potential targets, the need for Thoreau and Adam to apprehend the killer is more urgent than ever…

Praise for Thoreau on Wolf Hill

“Enjoyable…Walker is an able Watsonian sidekick to the Holmes-like Thoreau, and the solution is even cleverer than the previous book.” —Publishers Weekly

B. B. Oak is the pen name of Beth and Ben Oak, who met in a literature course at Boston University and have been enthralled with Henry David Thoreau (and each other) ever since. They are members of The Thoreau Society and Old Sturbridge Village, a living museum which recreates life in rural New England and served as the model for the book’s fictional town of Plumford.
Loading...
or support indie stores by buying on