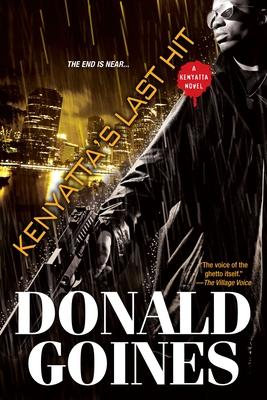 Kenyatta, the living black legend, concentrates his army's ruthless forces to rid the black community of rampant drug traffic. With the help of Elliot Stone, a black football star and latest recruit to the army, Kenyatta discovers the identity of the fat-cat king of the drug pushers. The crack black and white detective team of Benson and Ryan follows Kenyatta's trail of blood across the country . . . and to a final confrontation atop one of Las Vegas's most glittering hotels!

“In his five-year literary career, Donald Goines provided perhaps the most sustained, multifaceted, realistic fiction picture ever created by one author of the lives, choices, and frustrations of the underworld ghetto blacks. Almost single-handedly, Goines established the conventions and the popular momentum for a new fictional genre, which could be called ghetto realism.”  —Greg Goode, University of Rochester