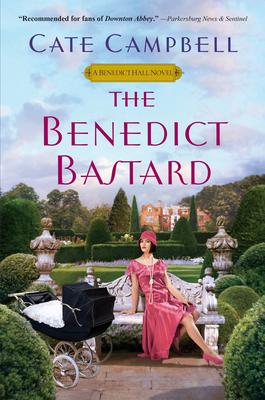 Though born into one of Seattle's most prestigious families, Margot Benedict has fought to claim all the independence offered to young women in 1923. Where her brother Preston embraced a life of debauchery, Margot has a thriving medical practice. Working at a local orphanage, she's shocked to see a young boy who looks every inch a Benedict. But though she's convinced this is the illegitimate child Preston once mentioned, Margot has no way to prove any family connection.

At sixteen, Bronwyn Morgan fell in love with dashing Preston Benedict. Seduced and abandoned, she's arrived at Benedict Hall determined to find the son she was forced to give away. Aging matriarch Edith takes the fragile girl under her wing, but Edith's own delicate state and Preston's dangerous animosity collide, jeopardizing not only a child's future, but the Benedict legacy itself.

"Full of drama. . .great characters with warm chemistry the reader will want to see together." --Parkersburg News & Sentinel

"Intriguing and colorful." --The Seattle Times

Cate Campbell is a writer living in the Pacific Northwest.  She has worked in more jobs than she can count–as a teacher, an office nurse, a waitress, a nanny, a secretary, a saleswoman, and a singer. The great mansions of Seattle, many built around the turn of the 20th century, along with her lifelong fascination with medicine, history, Seattle, and the stunning cultural and social changes that marked the decade of the 1920s are her inspirations for Benedict Hall.  The career of her father, a dedicated physician and a war veteran, served as a model for both Margot Benedict and Frank Parrish.
Loading...
or
Not Currently Available for Direct Purchase