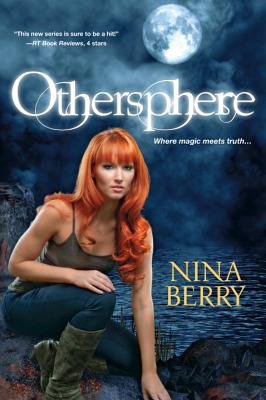 This new series is sure to be a hit! --RT Book Reviews, 4 stars

I always wanted to know where I came from. Now that knowledge could destroy me.

Dez thought she knew who her mother was, who she was. Thought she had friends, a boy who loved her, and a school where she finally fit in.

But across the veil linking our world and the next lurks a monster which can annihilate. . .or liberate her. Now she must confront it there with help from one boy who loves her and one who can't stand the sight of her.

Dez thought she understood her tiger form, her deepest self. But in this treacherous place, she'll have to choose between the two halves of her soul--and determine which world survives.

"Be prepared to lose some sleep. Otherkin is full of non-stop action and suspense, and you're not going to be able to put it down!"

Inspired by novels she loved as a teen, she sold her debut YA paranormal novel OTHERKIN to KTeen in 2011. When not writing, Nina loves to travel, read, and tweet links about saving big cats in the wild. She’s a member of the Society of Children’s Book Writers and Illustrators.
or
Not Currently Available for Direct Purchase
Copyright © 2020 American Booksellers Association