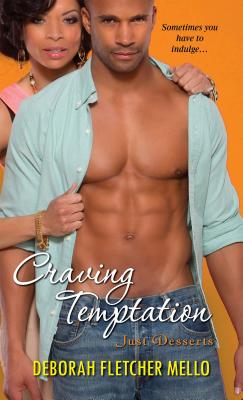 After a rocky year, life is once again sweet for brothers Troy and Quentin Elliot, and Quentin's new wife, Harper. Their bakery, Just Desserts, is thriving, with Quentin as pastry chef, and attorney Troy handling the books. In fact, Troy is ready to pursue his next big goal: to run for Mayor of Memphis, Tennessee. The competition is tough, but there's one challenge Troy doesn't anticipate--his opponent's distractingly beautiful campaign manager and daughter, Amina Salman. . .

A fellow attorney, Amina hopes to reconnect with her estranged father. But a chance meeting with Troy quickly complicates her task. Not only is her passionate spirit at odds with her father's conservative values, her attraction to his rival leaves her even more conflicted. Soon, Amina and Troy are falling in love--but when they surrender to sweet temptation, they find themselves with more at stake than a campaign victory. . .

Writing since she was thirteen years old, Deborah Fletcher Mello can't imagine herself doing anything else. Her first romance novel earned her a 2004 Romance Slam Jam nomination for Best New Author. In 2005, she received Book of the Year and Favorite Heroine nominations, and won a Romantic Times Reviewer's Choice Award in 2009. In 2014, Craving Temptation was selected as one of the Best Romance Books by Publishers Weekly. Born and raised in Connecticut, Deborah now maintains base camp in North Carolina, but considers home to be wherever the moment moves her. Feel free to reach Deborah on deborahmello.blogspot.com, or on Twitter @DebbMelloWrites.
Loading...
or
Not Currently Available for Direct Purchase