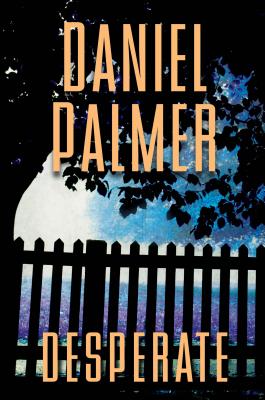 "Palmer burnishes his status as one of today's best thriller writers with this emotionally gripping and steel-trap plotted standalone. Palmer is so successful at getting readers to invest in Gage that his travails are almost too painful to read about." --Publishers Weekly (starred review)

"This is one of those thrillers where you know something is going on, and the writer gives you plenty of clues, but there are still some twists and turns he keeps hidden away until just the right moment. A smartly constructed tale that operates on multiple levels." - Booklist

Brimming with suspense and unrelenting twists, acclaimed author Daniel Palmer's latest thriller delves into the waking nightmare of a well meaning couple whose biggest--and most ordinary--dream has gone terrifyingly awry. . .

Gage Dekker still blames himself for the car accident that claimed the lives of his first wife and young son. Then he meets Anna, who understands grief all too well. Within a year, Gage and Anna are married, his career is thriving, and both feel ready to become parents once more.

After a heartbreaking miscarriage, they begin the long adoption process, until fate brings Lily into their lives. Young, pregnant, and homeless, Lily agrees to give her baby to Gage and Anna in exchange for financial support. It's the perfect arrangement for everyone. Seeing his wife's happiness and optimism for their new life and child, Gage begins to feel a sense of hope he thought he'd lost forever.

But something isn't right once Lily enters their lives. At work and at home, Gage is being sabotaged, first in subtle ways, then things take a more sinister turn. Every attempt he makes to uncover the truth only drives a wedge between him and Anna. Even as he's propelled toward an unthinkable choice to save his marriage and his job, Gage discovers that the most chilling revelations are still to come. . .

Praise for the novels of Daniel Palmer

"A twisting, suspenseful chiller of a book." --William Landay

"Warning: once you start reading this novel, you will not stop!" –Lisa Gardner

Daniel Palmer is the author of numerous critically acclaimed suspense novels, including Delirious and Desperate. After receiving his master's degree from Boston University, he spent a decade as an e-commerce pioneer before turning his attention to writing. A recording artist, accomplished blues harmonica player, and lifelong Red Sox fan, Daniel lives in New Hampshire with his wife and two children. Visit him online at www.DanielPalmerBooks.com
Loading...
or
Not Currently Available for Direct Purchase