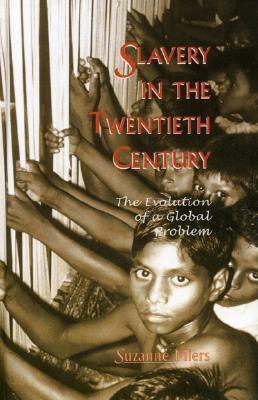 Slavery in the Twentieth Century (Hardcover)

The Evolution of a Global Problem

In her new book, well-known Africanist Suzanne Miers places modern slavery in its historical context, tracing the phenomenal development of the international anti-slavery movement over the last hundred years. She demonstrates how the problems of eradication seem greater and more intractable today than they had ever been, showing how slavery has expanded to include newer forms from 1919 to 2000, some of them crueler than the chattel slavery so familiar to the public mind. Miers describes the targets of ongoing anti-slavery campaigns, including forced labor, forced prostitution, forced marriage, the exploitation of child labor and of migrant and contract labor. She centers her story on Great Britain's efforts to suppress the slave trade since the late eighteenth century, and draws upon her extensive work in Africa, where slavery has attracted the greatest humanitarian and international attention. This book is a valuable resource for those interested in world history, slavery, race and ethnic history, international human rights, and labor in the world economy.

Suzanne Miers is emerita professor of African history at Ohio University. She has also taught at the Universities of Wisconsin, London, and Malaya (Singapore). She is the author of Britain and the Ending of the Slave Trade and numerous articles. She co-edited with Igor Kopytoff, Slavery in Africa, with Martin Klein, Slavery and Colonial Rule in Africa, with Richard Roberts, The End of Slavery in Africa, and with Maria Jaschok, Women and Chinese Patriarchy.
or
Not Currently Available for Direct Purchase
Copyright © 2020 American Booksellers Association