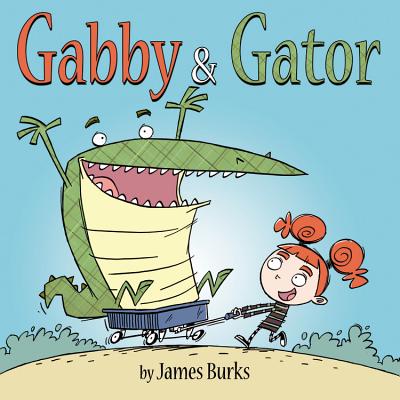 On the streets above, little Gabby has never seemed to fit in with the other kids in town. She'd rather collect bottles and practice her tuba than gossip with the girls down at the pool, but it does get lonely being the only vegetarian on the block...

When Gabby and Gator meet, their fun and adventures prove that the best friends are those who accept you as you are, teeth and all!

James Burks is an animator who has worked as Assistant Animator at Warner Brothers Feature Animation as well as Disney Feature Animation. He worked on such feature films as Space Jam, The Iron Giant, The Emperor's New Groove, Atlantis and Treasure Planet. For the past several years, he has be doing storyboarding for television animation and is currently directing on the hit Nick Jr. show, Wow Wow Wubbzy!
Loading...
or
Not Currently Available for Direct Purchase