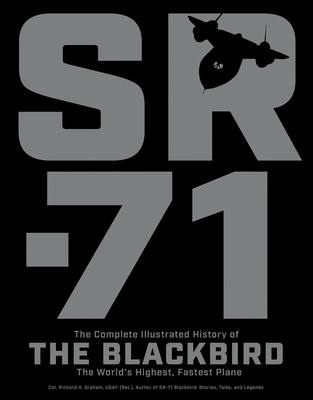 The Complete Illustrated History of the Blackbird, The World's Highest, Fastest Plane

SR-71 covers every aspect of the spyplane’s development, manufacture, and active service, all from the insider’s perspective of one its pilots. Features over 200 incredible photos.

Flying to a coffee table near you comes the new paperback edition of this authoritative and illustrated history of the most mind-bending military aircraft ever flown! Developed by the renowned Lockheed Skunk Works, the SR-71 was an awesome aircraft in every respect, setting world records for altitude and speed: an absolute altitude record of 85,069 feet on July 28, 1974, and an absolute speed record of 2,193.2 miles per hour on the same day.

Written by a former Blackbird pilot, SR-71 covers every aspect of the aircraft's development, manufacture, and active service, all lavishly illustrated with more than 200 photos. The SR-71 remained in service with the U.S. Air Force from 1964 to 1998, when it was withdrawn from use, superseded by satellite technology. This authoritative history covers the spylane's entire phenomenal service.