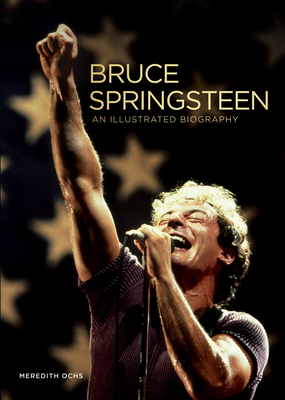 Bruce Springsteen: An Illustrated Biography—loaded with stage and candid photos of this peerless rock star, and made complete with removable memorabilia—is the ultimate collector's item for any fan of The Boss.

Through story, images, and removable memorabilia, Bruce Springsteen: An Illustrated Biography chronicles the life of The Boss—one of America’s favorite rock stars and one of the biggest-selling artists in history. Springsteen's monolithic music career spans a full half-century, from 1968 to present, and has included dozens of tours, awards, and 20 Grammys. Incredibly, Springsteen's stage presence, star power, and musicianship is as strong as ever—he continues to consistently sell out live musical performances. This book showcases Springsteen's life, both on and off the stage.

With a new chapter covering Springsteen on Broadway, a new cover, and a redesign of an envelope to deliver the interactive memorabilia—such as Springsteen's draft card that saved him from being shipped off to Vietnam, a concert poster for Dr. Zoom and the Sonic Boom, a Rolling Stone magazine cover, a promotional sticker, and more—this reissue offers fans an intimate look into the life of this beloved artist.

“Ochs, a New Jerseyan like Springsteen, possesses a fluid and unpretentious writing style and is obviously a huge Boss fan to the point of her book at times resembling a hagiography, so if you’re after some gossip and backbiting then give her book a miss. The Bruce Springsteen Vault will delight the bulk of his legions of fans, who I’m sure will think another book on Bruce is a good thing especially when it looks as visually striking as this one does.”
—Jamie Havlin, Louder than War

Meredith Ochs is a writer, radio personality, musician, photographer, sailor, and world traveler. She is a talk show host and deejay at Sirius XM and a commentator for NPR’s All Things Considered. Her work has appeared in Rolling Stone, Entertainment Weekly, Guitar World, and numerous other publications. She is a 2016 Gracie Award winner in the category of Outstanding Portrait/Biography for her “Women and Wheels” special. Ochs is a longtime resident of Hoboken, New Jersey, and her favorite Springsteen album is Darkness on the Edge of Town.