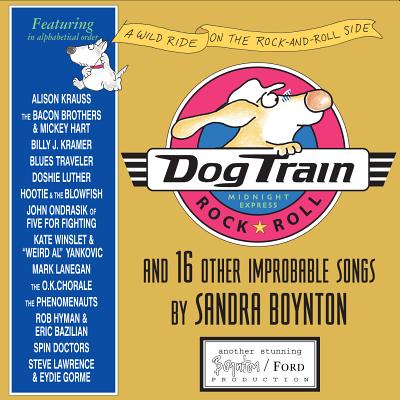 And 16 Other Improbable Songs

Who let the dog out? Out of its book, that is. Announcing the CD-only Dog Train—the funky, fabulous collection of all-out rock music. Taken directly from Dog Train, the book and CD, it’s the same great music, now in the brilliant format music-lovers love. It features:

Full of attitude, full of fun, all lit up with star power, and boasting a variety of Top 40 styles, Dog Train is also full of words—inside is a 16-page booklet with complete lyrics, and plenty of irresistible hippos, cows, dogs, and more dogs.