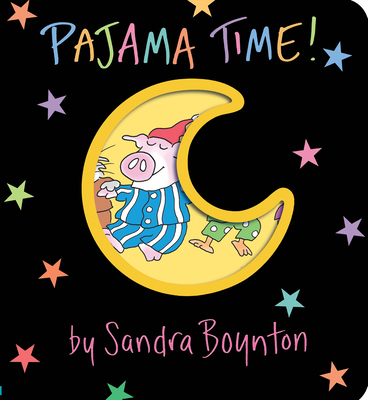 It’s classic Boynton, supersized! Pajama Time! is available as a lap-sized board book. With their appealing format and sturdy board construction, Boynton Lap Books are easy for little fingers to grasp, and are the perfect size for big people to read aloud during story time. The colorful illustrations positively pop on the large pages. Put on pajamas—old or new, striped or polka-dotted—and pajama-dee-bop with the animals in Pajama Time!