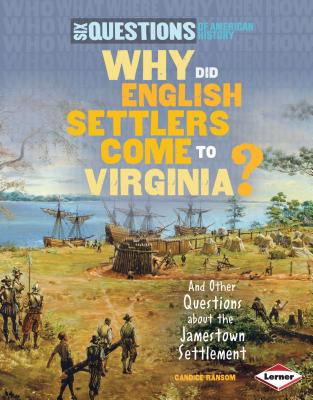 Why Did English Settlers Come to Virginia?

In December 1606, three ships carrying 105 men and boys set sail from Dover, England. The ships headed for the eastern shores of North America. There the men planned to establish a new colony known as Virginia. Sailing into the Chesapeake Bay, the settlers excitedly observed a vast wilderness of thick grasses, green forests, and wide rivers. But as the newcomers built their settlement, they struggled with disagreements, hard labor, food shortages, illness, and uneasy relations with the region's Native Americans. Yet the settlers persevered and established Jamestown--the first permanent English colony in North America.

So what was the Virginia Company?
Why did settler John Smith spend most of the voyage from England under arrest?
Who was Pocahontas?

Discover the facts about the Jamestown settlement and learn about its place in early U.S. history.