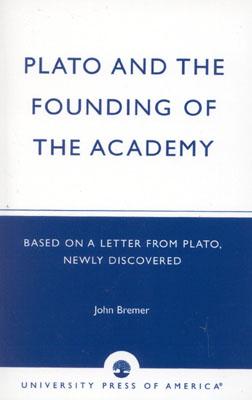 Plato and the Founding of the Academy

Based on a Letter from Plato, newly discovered

In narrative style, Plato and the Founding of the Academy illustrates how the dialogue usually known as the Republic (but which Plato called the Polity) is constructed on the basis of simple but technical mathematical and harmonical principles, or numbers. These numbers clarify the structure and unity of Plato's most famous dialogue and offer new insights into its philosophical content, therapeutic intent, and its relation to the founding of the Academy. The author thoroughly explains the process of Plato's composition thus revealing the intent in the founding of his academy.

John Bremer is Director of the Institute of Philosophy in Kensington, MD.
Loading...
or support indie stores by buying on