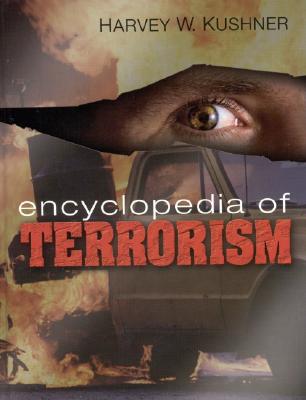 The most comprehensive and up-to-date work available on this subject...Essential for all academic and larger public libraries.
--LIBRARY JOURNAL

The Encyclopedia of Terrorism presents authoritative coverage of what is currently one of the world′s most important topics. With more than 300 articles, the Encyclopedia provides detailed discussions of the who, what, where, when, and why of terrorism. Up-to-date and timely, the articles cover such topics as Al-Qaeda, biological terrorism, extremism, Saddam Hussein, jihad, Zacarias Moussaoui, and suicide bombers. Its concise, readable format and detailed chronology, photographs, maps, and charts make this an essential reference.

An internationally recognized expert on terrorism, Harvey Kushner has studied terrorism for more than three decades. He serves as a consultant on terrorism for a broad array of governmental and private agencies. In addition, his commentary appears regularly on Fox National News, CNN, the British Broadcasting Corporation, National Public Radio, Voice of America, and in articles in Reuters, The Associated Press, the Washington Post, and other newspapers and magazines worldwide. His expertise ensures that the entries, including contributions by other authorities in the field, are of the highest quality.