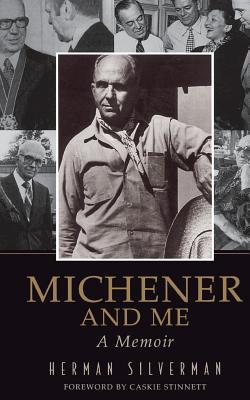 They were friends for over fifty years--James Michener, best-selling author, and Herman Silverman, enterprising businessman. They had many things in common: Each had grown up without knowing his father, and they were both practical men who made their own way in the world. Michener wasn't easy to know, and the two often disagreed, but they shared a sense of humor and a love of good conversation. As Michener moved into a glittering circle of celebrities, he brought along his friend, while Silverman provided a stable home base in Pennsylvania for the nomadic Michener. This is an intimate memoir of one of America's most celebrated writers, and a testament to a friendship that flourished for more than half a century.

Author Herman Silverman, a nationally successful entrepreneur, is chairman of the board of the James A. Michener Art Museum in Doylestown, Pennsylvania, and a gifted storyteller.
or support indie stores by buying on