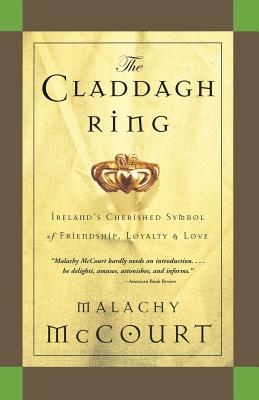 Bestselling author Malachy McCourt recounts the story of Ireland's timeless symbol of loyalty, friendship, and love, a ring design of two clasped hands that is worn by millions worldwide. Following the success of his Running Press titles Danny Boy and Voices of Ireland, McCourt explores this beloved icon of Irish heritage through vivid anecdotes, charming folk tales, and recent documented incidents. Said to have been first crafted more than 400 years ago in a fishing village on Galway Bay, there is much more to the story of the Claddagh ring than simple popular history, and McCourt tracks it down and recounts it with his stellar storytelling finesse.

County Limerick native Malachy McCourt is the authority to tell the history of Ireland. He has written several books, including the bestselling A Monk Swimming, Singing My Him Song, Danny Boy, Voices of Ireland, and The Claddagh Ring. Complementing his literary work, McCourt is also a skilled actor. He appeared in the television series Oz and in feature films such as The Bonfire of the Vanities. He lives in New York City.
Loading...
or support indie stores by buying on