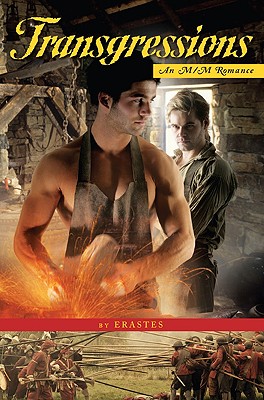 1642, England: David Caverly’s strict father has brought home the quiet, puritanical Jonathan Graie to help his dreamer of a son work the family forge. With war brewing in Parliament, the demand for metal work increases as armies are raised.

The fair David is drawn to his father’s new apprentice. And though his father treats them both as if they were brothers, David’s feelings toward the shy Jonathan develop as they hide their growing physical relationship. Until the fateful moment when local gossips force David’s father to banish him, to protect the family name.

Freed, directionless, and whimsical, David is eager to experience the drama and excitement of war, and follows two soldiers headed for battle, but the reality is a harsh awakening for his free-spirited nature. Seizing the opportunity to desert, David heads to London to lead a secret life, unaware that Jonathan too has left the forge in search of him. Lost and lonely, the vulnerable Jonathan quickly falls in with the Witchfinders, a group of extremists who travel the country conducting public trials of women suspected of witchcraft. Jonathan is drawn to the charismatic Michael, finally embracing a cause for truth so wholeheartedly, he doesn’t recognize the dangerphysical and emotionalthat Michael represents. For the fanatic puritan is desperate to purge Jonathan of his memories of David in any manner possible....

Library Journal, 4/15/2009
“Set during the Royalist/Roundhead conflict of the mid-1600s, this story exudes historical detail and will please historical fans.”