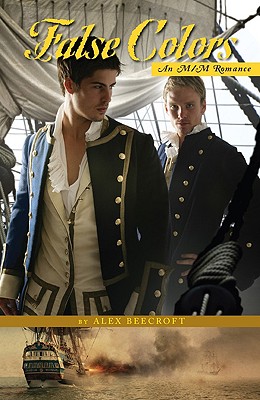 1762, The Georgian Age of Sail: For his first command, John Cavendish is given a ship--the HMS Meteor--and a crew, both in need of repair and discipline. He's determined to make a success of their first mission, and hopes the well-liked lieutenant Alfred Donwell will stand by his side as he leads his new crew into battle: stopping the slave trade off the coast of Algiers.

Alfie knows their mission is futile, and that their superiors back in England will use the demise of this crew as impetus for war with the Ottoman Empire. But the darker secret he keeps is his growing attraction for his commanding officer--a secret punishable by death.

With the arrival of his former captain--and lover--on the scene of the disastrous mission, Alfie is torn between the security of his past and the uncertain promise of a future with the straight-laced John.

Against a backdrop of war, intrigue, and personal betrayal, the high seas will carry these men through dangerous waters from England to Africa to the West Indies in search of a safe harbor.

Alex Beecroft was born in Northern Ireland during the Troubles and grew up in the wild countryside of the Peak District. After studying English and Philosophy at Manchester University, Alex moved to London to work for the Lord Chancellor's Department. She married her husband, Andrew, in St. James' church, Paddington--famous for being the church where Oscar Wilde had his wedding. Alex, Andrew and their two daughters live near the University of Cambridge, where they try to avoid being mistaken for tourists. Her first novel, Captain's Surrender, was published in January 2008. Please visit her at www.alexbeecroft.com.
or
Not Currently Available for Direct Purchase