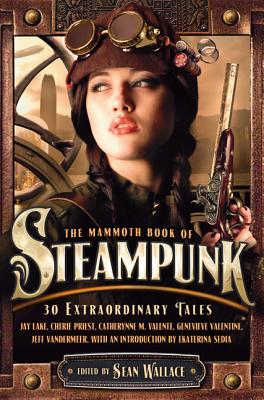 An anthology that looks to the future through the lens of the past, these 30 mash-ups of past and future push the boundaries of steampunk.

Publishers Weekly
"…sure to satisfy even the most jaded steampunk fans and engage newcomers and skeptics… Each story exemplifies steampunk’s knack for critiquing both the past and the present, in a superb anthology that demands rereading."

Sean Wallace is the founder and editor of Prime Books, which won a World Fantasy Award in 2006. In the past he was co-editor of Fantasy Magazine as well as Hugo Award-winning and two-time World Fantasy nominee of Clarkesworld Magazine. He is also the editor of the following anthologies: Best New Fantasy, Fantasy, Horror: The Best of the Year, Jabberwocky, Japanese Dreams, and The Mammoth Book of Steampunk. Plus, he co-edited Bandersnatch, Fantasy Annual, Phantom, and Weird Tales: The 21st Century.
Loading...
or
Not Currently Available for Direct Purchase