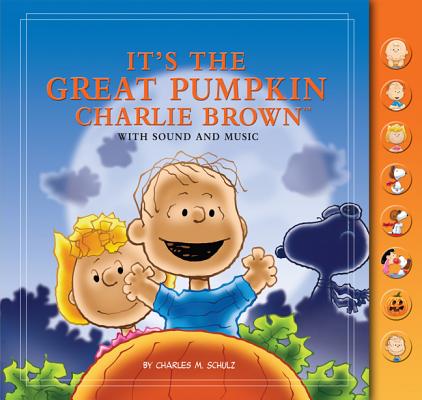 It's The Great Pumpkin, Charlie Brown

With Sound and Music

This ultra-deluxe, interactive retelling of the spook-tacular story It's the Great Pumpkin, Charlie Brown will charm fans of all ages! Amidst a scary pumpkin patch, the Peanuts gang learns that even an eerie night like Halloween can be full of laughter and love.

As an added bonus, this endearing tale based on the Emmy-nominated television special by Peanuts creator Charles M. Schulz comes to life with amazing sound prompts that include dialogue and music from the cast of Peanuts characters that we've all come to adore and cherish.

Praise For It's The Great Pumpkin, Charlie Brown: With Sound and Music…

Momma’s Bacon Blog
“It is very true to the original fun and glorious story of Linus and The Great Pumpkin and I loved sharing it with my family.”

Charles M. Schulz's (1922-2000) Peanuts comic strip debuted in 1950 and went on to become the most widely read comic strip in the world, with an audience of 355 million people in seventy-five countries. It ran in 2,600 newspapers and was published in twenty-one languages.
Loading...
or support indie stores by buying on
(This book is on backorder)