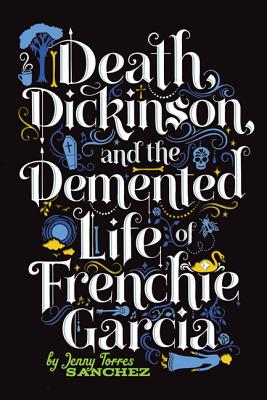 Death, Dickinson, and the Demented Life of Frenchie Garcia

It is the summer after Frenchie Garcia's senior year, and she can't come to grips with the death of Andy Cooper. Her friends don't know that she had a secret crush on her classmate, and they especially don't know that she was with Andy right before he committed suicide. The only person who does know is Frenchie's imaginary pal Em (a.k.a. Emily Dickinson), who she hangs out with at the cemetery down the street.

When Frenchie's guilt and confusion come to a head, she decides there is only one way to truly figure out why Andy chose to be with her during his last hours. While exploring the emotional depth of loss and transition to adulthood, Sanchez's sharp humor and clever observations bring forth a richly developed voice.

Praise For Death, Dickinson, and the Demented Life of Frenchie Garcia…

“Sanchez (The Downside of Being Charlie) gets her heroine's tough exterior and vulnerable insides in just the right balance. . . . [She] provides a healing salve for teens who may know someone who has committed suicide, and also a strong testament against it.”—Shelf Awareness (starred review)

“This is a fast, well-written read with a satisfactory though not necessarily happy ending and a protagonist to remember-a survivor and person of action. A solid choice that is accessible even for reluctant readers.”
—School Library Journal

"With well-paced revelations, Sanchez gradually strengthens Frenchie's resolve to heal and move forward . . . and the author wittingly ensures that the reader wants nothing less for her."—Booklist

Jenny Torres Sanchez lives in Florida with her husband and children where she currently writes full time. Before her debut novel The Downside of Being Charlie she taught high school for several years, where she credits her eclectic students for inspiring her to write young adult novels.
Loading...
or support indie stores by buying on