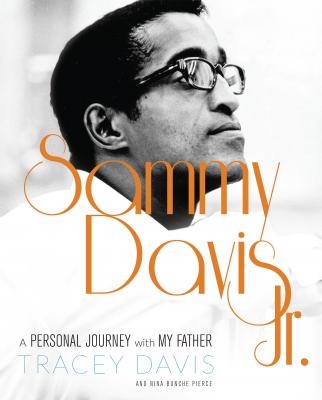 A Personal Journey with My Father

Nicknamed Mr. Show Business, Sammy Davis Jr. was a consummate performer who sang, danced, and acted on film, television, radio, and the stage for over six decades. In this uniquely intimate volume, the entertainment legend's story comes to life through rare family photos and a compelling narrative based on conversations between Sammy Davis Jr. and his daughter, Tracey Davis.

The story of a future superstar unfolds beginning with his bittersweet childhood days, raised primarily by his grandmother in Harlem. On the stage by age three, he first became a star in vaudeville with the Will Mastin Trio. Davis was already an up-and-coming performer by the time he was recruited into the Army during World War II. As Tracey Davis candidly relates, it was there that her father first learned to use his talent—singing and dancing—as a weapon against racial bigotry. Davis's career took off in the 1940s through his sheer determination, talent, and the support of friends like Frank Sinatra. With tenderness and humor Tracey describes her father's friendship with Sinatra, and how he stood by him when Davis married Tracey's Swedish actress mother. In a time when interracial marriages were forbidden by law in thirty-one states, both bride and groom endured an onslaught of negative press and even death threats.

Complete with rare personal and professional photos, Sammy Davis Jr. recounts Davis's adventures through the Rat Pack era, and the extraordinary obstacles he overcame to become a 5'6”, 120-pound legend who across six decades packed in more than forty albums, seven Broadway shows, twenty-three films, and countless nightclub and concert performances. What emerges from the pages of this loving, but utterly frankly written book, is a uniquely personal perspective on one of the greatest pop culture icons of the twentieth century.


Praise For Sammy Davis Jr.: A Personal Journey with My Father…

“a sumptuously illustrated book…sweetly intimate and often quite engaging.”—Jewish Forward

Tracey Davis is the only daughter of Sammy Davis Jr. and Swedish actress May Britt. A television and commercial producer, she is the mother of four children: Sam, Montana, Greer, and Chase. She lives in Tennessee.

Nina Bunche Pierce,a graduate of Brown University, is a playwright, screenwriter, and journalist. She is the mother of twin boys, Dante and Georgie. She lives in Nevada.