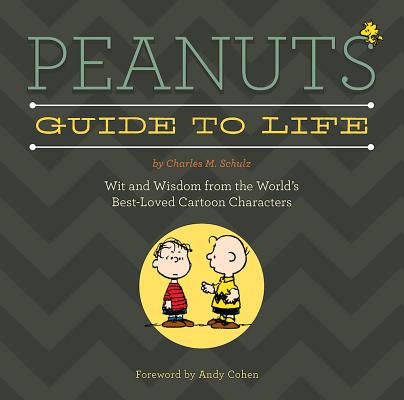 What do cartoon characters know about life? Plenty, if they reflect the sentiments of the world's most beloved cartoonist. The late Charles Schulz was the first to use the human condition -- rather than action and adventure -- as the basis for a comic strip. Peanuts Guide to Life presents Schulz' classic observations, his most charming counsel -- filtered, of course, through his loveable cast of characters. You'll find them all inside this book -- Charlie Brown, Snoopy, Sally, Lucy, Schroeder, Peppermint Patty, Marcie, Woodstock -- sharing their wry observations and advice.

Charles M. Schulz's (1922-2000) Peanuts comic strip debuted in 1950 and went on to become the most widely read comic strip in the world, with an audience of 355 million people in seventy-five countries. It ran in 2,600 newspapers and was published in twenty-one languages.

Andy Cohen is the Executive Vice President of Development and Talent at the Bravo and host of Watch What Happens Live.
Loading...
or support indie stores by buying on