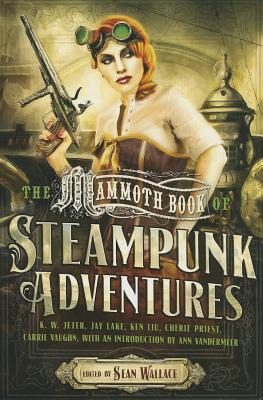 Looking to the future through the lens of the past, here is a second fantastic collection of over 30 typically anarchic mash-ups that push the boundaries of steampunk from the same editor of the bestselling Mammoth Book of Steampunk. Includes an introduction by Ann VanderMeer, along with stories by Tobias S. Buckell, A.C. Wise, Cherie Priest, Jay Lake, Benjanun Sriduangkaew, Christopher Barzak, Carrie Vaughn, Jonathan Wood, Chris Roberson,

Wallace's smart, provocative collection proves that “steampunk is alive and well” by reaching out to the edges of its mashup sensibilities, with 25 pieces that use the aesthetic elements of clockwork, steam, and magic to tell a diverse range of human stories....This is an expansive display of creative world-building by thoughtful storytellers, boldly ranging well beyond its quasi-historical contexts.
--Publisher's Weekly Starred Review