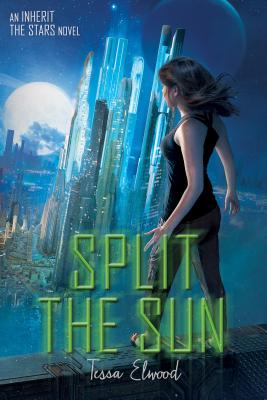 An Inherit the Stars Novel

The Ruling Lord of the House of Galton is dead and the nation is divided. Kit Franks, a nobody escalated to infamy since her mother bombed the House capitol city, wishes she were dead, too. Then Mom-the-terrorist starts showing up on feeds and causing planet-wide blackouts and Kit becomes a target.

Kit's inundated with half-truths, betrayals, and the coded subtext in Mom's universal feed messages meant for her alone. Everyone from family to government enforcers seems to have a vision for Kit's future. The question is, does Kit have a vision for herself?

Praise For Split the Sun: An Inherit the Stars Novel…

“Kit Franks is a fierce firestorm of desperation and raw nerve. With a nail-biter plot, only one thing will race faster than Kit's mind—the reader's heart.”
–Anne Boles Levy, author of the Temple of Doubt series

“Snappy, fierce, and gritty with artfully brisk prose, Split The Sun will surprise and thrill to the last page. Kit is an unapologetic heroine whose compassion shines through from beneath her tough exterior, even when faced with unpalatable choices. Split The Sun left me wanting more of this universe!”
–Amalie Howard, bestselling IndieNext author of Alpha Goddess and The Aquarathi series

“This sequel to Inherit the Stars (2015) offers plenty of action, and readers will be swept away, guessing along with Kit as she hurtles towards that uncertain future. Fans of the Hunger Games series and even Orwell's 1984 will look forward to the next installment in this series."
–Booklist

Tessa Elwood is a web designer obsessed with stories, coffee, and running shoes. She is the author of Inherit the Stars. She lives in Kansas City, MO.
Loading...
or support indie stores by buying on